With four foreign languages under her belt, and extensive travels throughout five continents, it’s safe to say that Jamie Gelbtuch knows what she’s doing when it comes to training and coaching in organizations that are faced with multicultural challenges.

Valentine’s Day: Use Your Brain, Not Your Heart

Valentine’s Day, the holiday of love and romance in the United States (and many other countries in the world) is just around the corner.

Generations are Cultures Too! 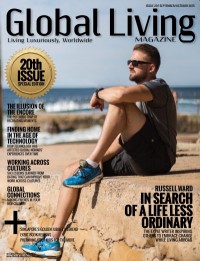 There’s a poem about my hometown of NY that begins, “The city orbits around eight million centers of the universe”. I often think that when Billy Collins wrote it, he must have been in a dating state of mind.


How well do you truly listen? We’re taking a cue

Expat families already deal with a lot of uncertai

For so many of us, this is a time of introspection

Many of us are working from home now and virtual c